THE HISTORY OF ILHA DE MOZAMBIQUE

One of the world’s unique travel destinations, Ilha de Mozambique (also known as Mozambique Island), has over 500 years of history etched in its streets and walls.

This small island, a calcareous coral reef, is just 3kms in length, and between 200metres and 500metres in width, yet holds unmeasurable significance in the history of Mozambique as a country.

Our country name Mozambique originated from this small yet influential island.

The mainland was soon referred to as Mozambique too, and with time, the island named Ilha de Moçambique (Island of Mozambique).

By 1507, the Portuguese (led by Vasco da Gama at the time), had established a port and naval base for their ships on the island. They frequented that route along their long journeys from Portugal to India. Ilha de Mozambique was one of many Portuguese trading settlements and ports that were created along a stretch of South-East African coastline, which soon came to be called “Portuguese East Africa,” which now forms Mozambique.

They introduced Catholicism and so built the Chapel of Nossa Senhora de Baluarte in 1522, which is believed to be the oldest European building in the Southern Hemisphere.

The Portuguese settled in the North of the island (Stone Town), where you see a lot of the original buildings still standing today.

The famous “Fort of São Sebastião” that guards the island at the Northern end of Stone Town, took 50 years to build and was completed by 1608. This was fortunate timing, as they were able to withstand attacks from the Dutch in 1607 and 1608.

Ilha de Mozambique became a major trading post for the Portuguese along their maritime routes, and they traded in slaves, spices, and gold.

The years that followed, development on the island continued, including the erection of the famous hospital, completed in 1877, which was the biggest hospital south of the Sahara for many years.

The Suez Canal opened in 1869, and created a thoroughfare between countries in the Northern Atlantic, and the Northern Indian Ocean, via the Mediterranean, and so the importance of Ilha De Mozambique lessened, and by 1898, the capital was moved to Lourenço Marques, which is known today as Maputo. 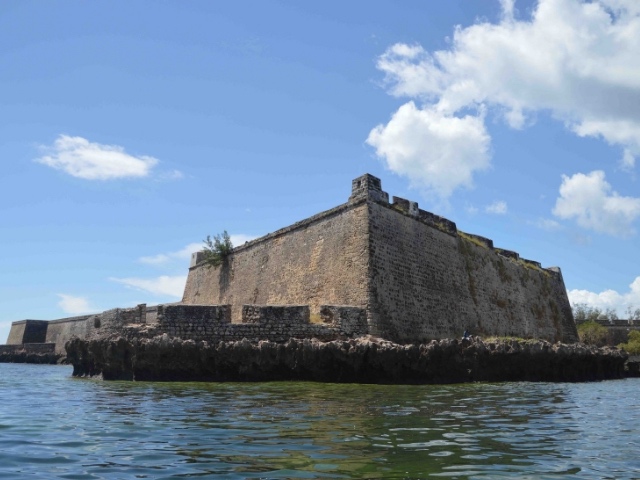 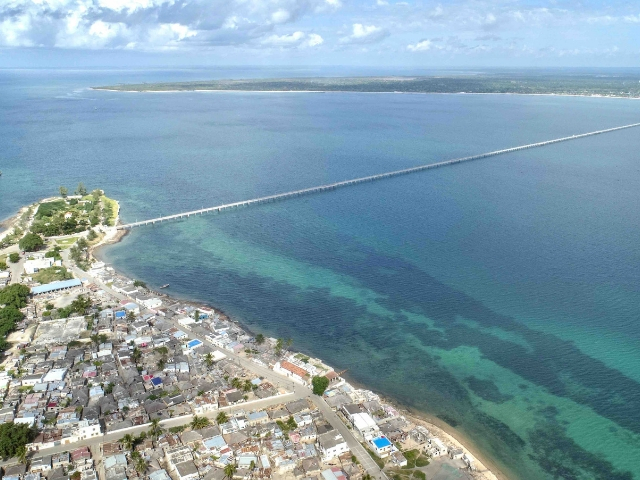 The island today is entirely urbanized, with Stone Town in the North, remaining of great interest to tourists, for the unique and beautiful historical buildings, and the South, now known as Makuti Town, being highly populated by local residents in reed houses.

In 1967, a 3.8Km Bridge was built joining the island to the mainland of Nampula, which became a lifeline for the residents of the small island.