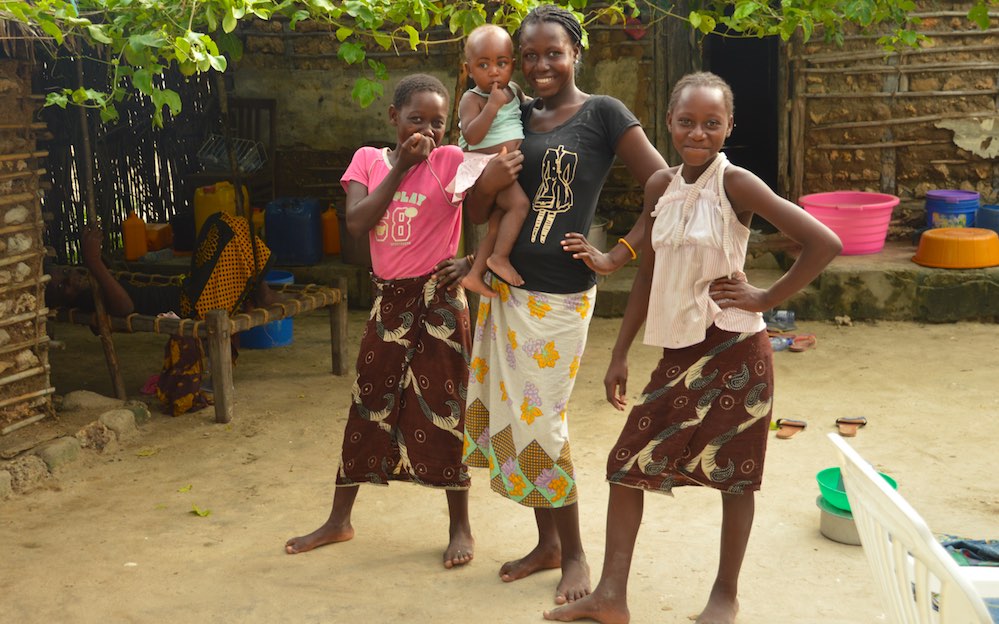 Visit the traditional fishing village of Cabaceira Pequena, which is approximately 2.5Km’s from Coral Lodge. The community lies upon an inviting white-sand beach and views across Mossuril bay to Mozambique Island (Ilha de Mozambique).

The village is populated by Macua people, which is the main and most influential culture in Mozambique and is characterised by worshiping their ancestors and the diversity and richness of their traditional beliefs, food, dress, entertainment activities and language which varies from region to region.

Their remote location of the village,  means the locals have lived in isolation for many centuries. This isolation has sheltered them from the civil war on the one hand, which ended in 1991. On the other hand, they remain underdeveloped in terms of schooling and medical services.

The majority of our Coral Lodge Family originate from this village and are very grateful for the positive impact the lodge has had on many of the families in the community.

We recommend taking a tour with one of our staff members, who will introduce you to the locals, and tell you more about the intriguing history of the village too.

First, we take a walk to the village, but on the return, we can canoe through the mangroves that lie beyond Coral Lodge

THE HISTORY OF CABACEIRA PEQUENA

This small village holds a significant history for Mozambique.

It is here that you will find Mussa bin Bique’s grave, the Arab sultan of Ilha de Mozambique before the Portuguese overtook the island in the 1500s.  The name of the island, and subsequently the entire nation of Mozambique, was derived from his name, making him quite an important man in the history of the country. The graves are placed in such a position in the village, that enjoy a clear view of Ilha de Mozambique (Mozambique Island)

Vasco de Gama also left a trace of his famous existence behind at Cabaceira Pequena, by his ancient wells that he built here five centuries ago. Still, to this day, the locals use these wells for fresh water. (As seen in the video link below)

The village also has a mosque said to have been built in the 1400s making it one of the oldest mosques in the world. There are an additional three mosques in the village.

There is always a warm welcome at Cabaceira Pequena, that will lift your soul.

The children greet visitors with the word ‘acunya’, which means ‘white’, as the inhabitants are not used to seeing white people frequently.

The local community of Cabaceira Pequena are always grateful for any supplies from visitors, however, it is never expected.

Here are some ideas if you would like to bring supplies with you on your visit to Coral Lodge:

There are eight children between the ages of 1 and 6 years old that are orphans and always in need of clothes and toys.

The Music Studio: Any music equipment, new or used.